Pat and Austin are such a sweet, adorable couple! Pat and I have been planning for a few weeks how his proposal to Austin would go down. He wanted it to be a complete surprise to Austin, and so he chose their trip to visit Auburn last weekend as the perfect time. They currently live out of state and he thought she would be expecting it when they were home. I camped out near Toomer’s Corner and eventually found Pat, Austin, and their friends hanging out on Samford Lawn. You can see them there in the middle of the top photo – Pat in the pink polo, Austin in the dark blue shirt sitting on the ground. 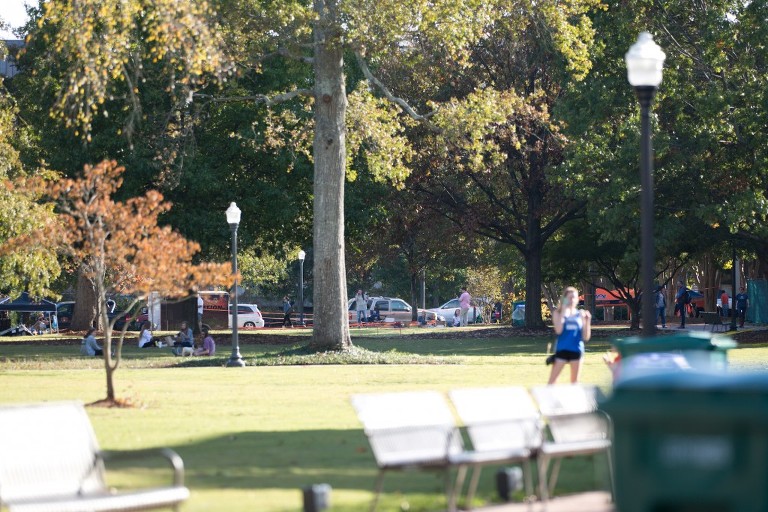 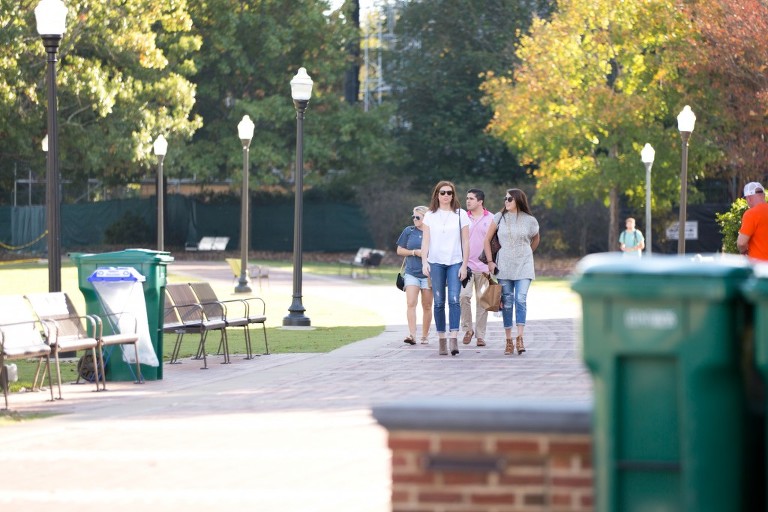 It wasn’t easy getting Austin to realize what Pat was doing! She was trying to coordinate details with their friends and was distracted with her phone. Eventually, though, she realized this was for real! 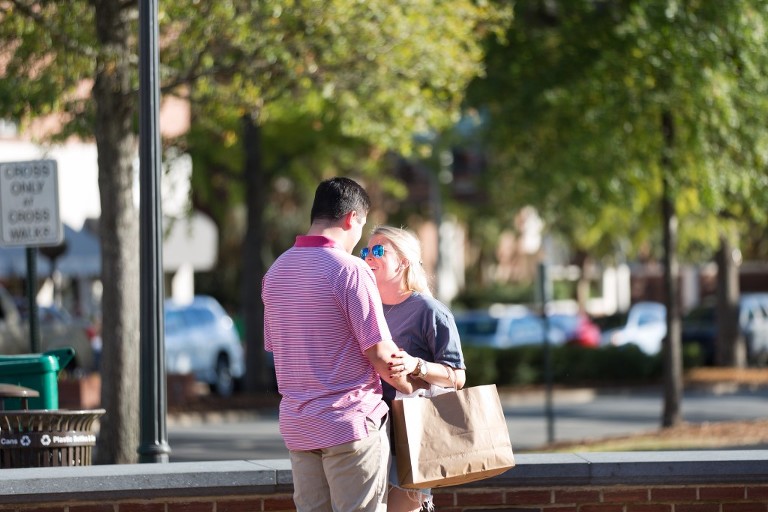 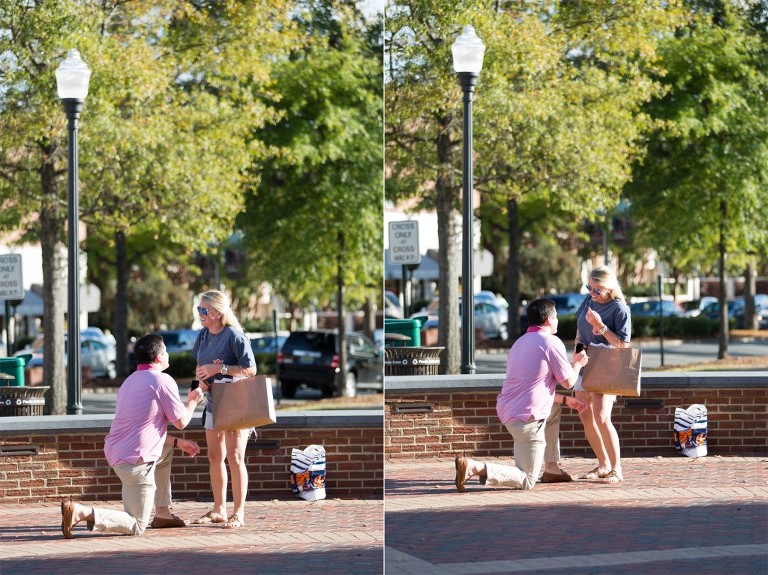 Pat got down on his knee and asked her to marry him. They *think* she said yes! :) It was such an exciting, happy moment with lots of laughs and “Is this real?” 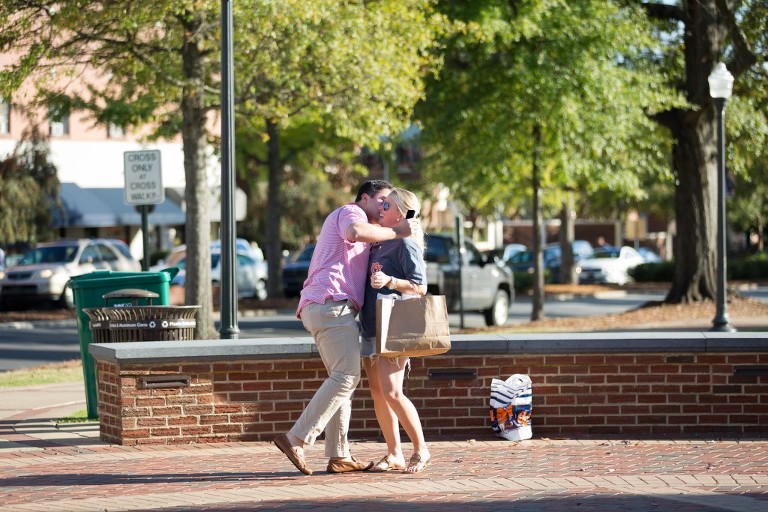 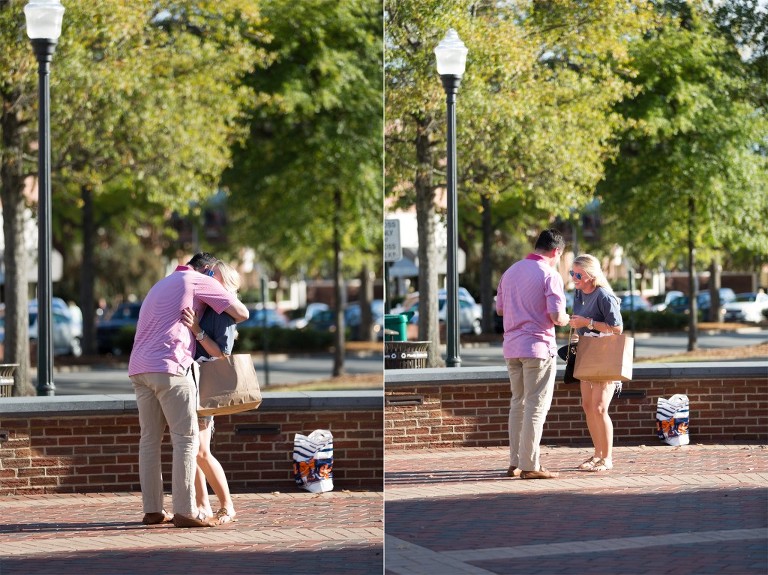 Since it was the afternoon before a big morning game, they had a big audience to cheer them on! Honks and “war eagle!” were heard once she said yes. 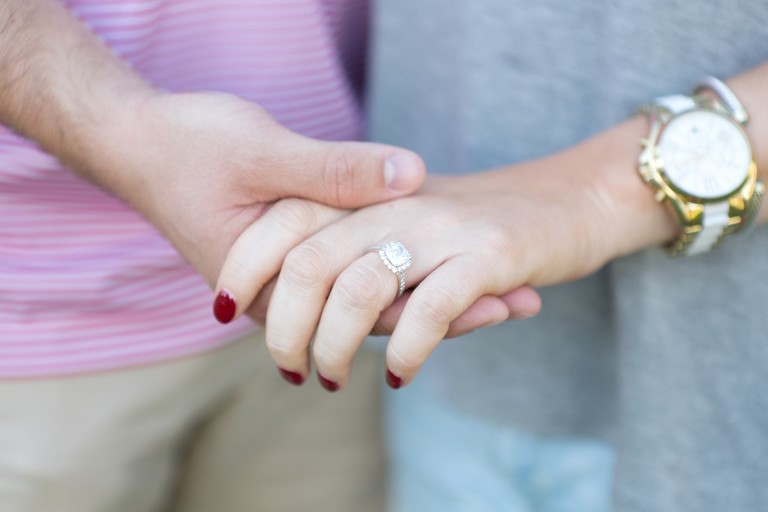 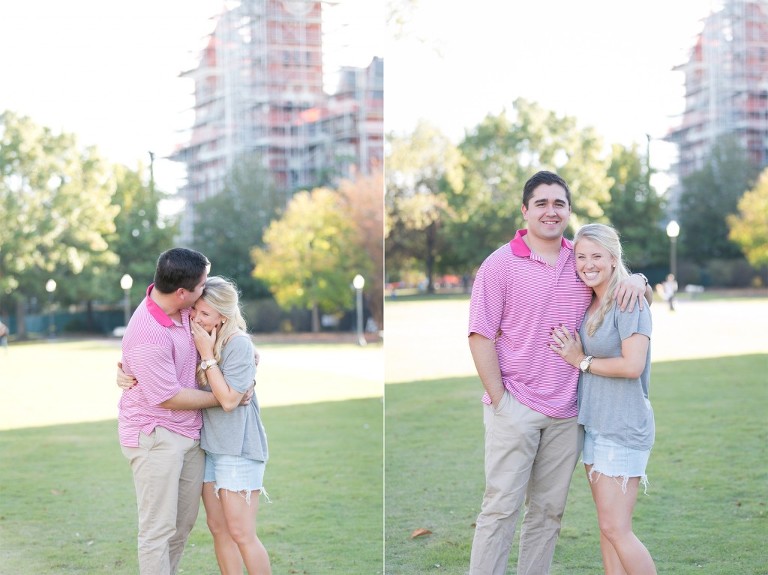 Photographing Pat & Austin after the proposal was a breeze! They just kept smiling and hugging. I think Austin was in shock for a good 15 minutes afterwards. 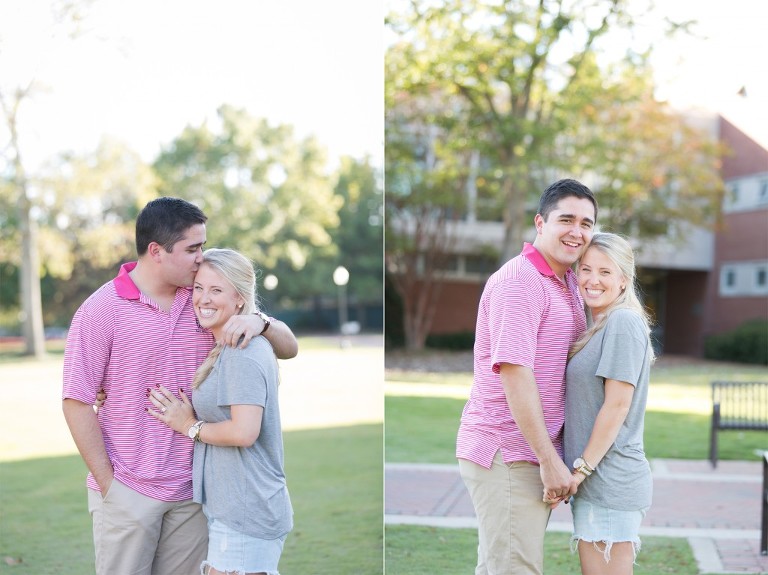 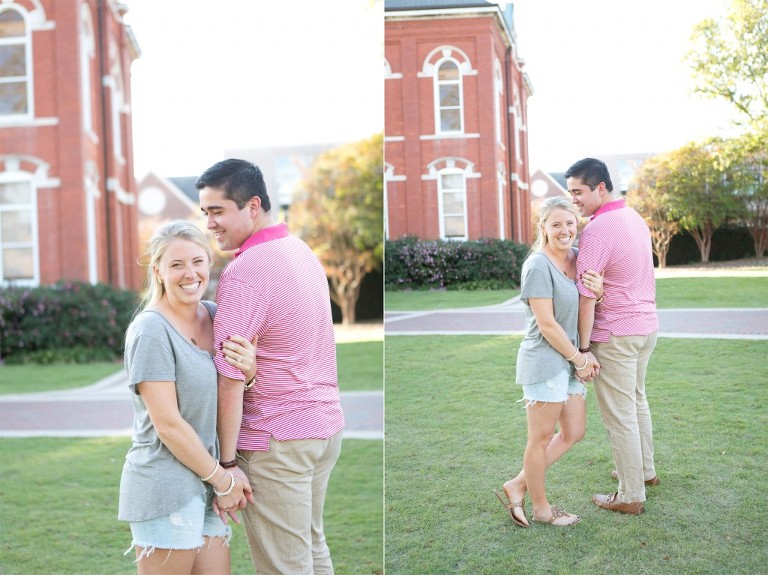 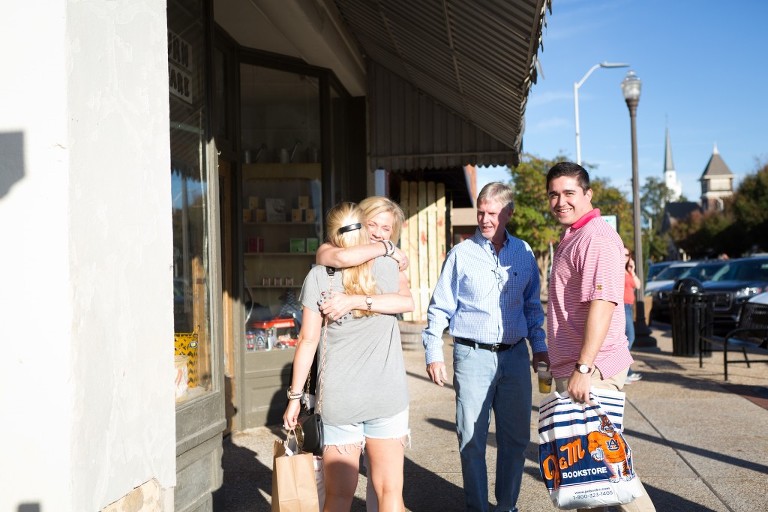 Not only was she surprised by the proposal, she was surprised her parents were in the state of Alabama! We “ran into” them on our way to Moe’s BBQ…. 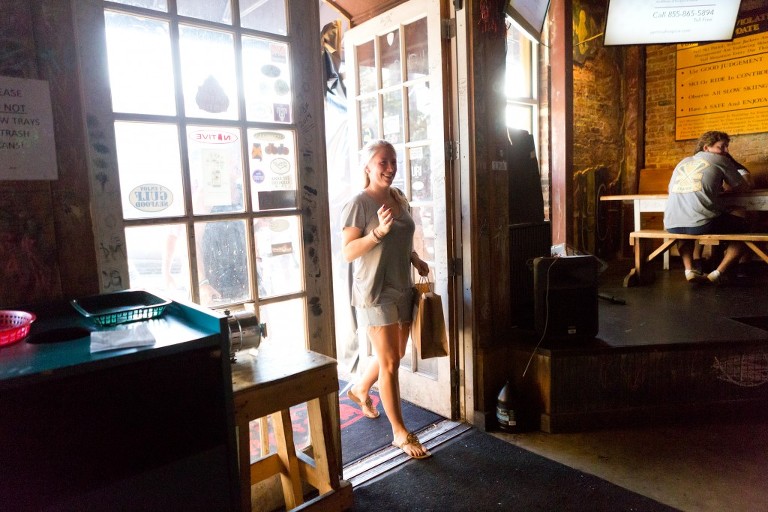 Where she found many more of her friends and family in Auburn to celebrate! 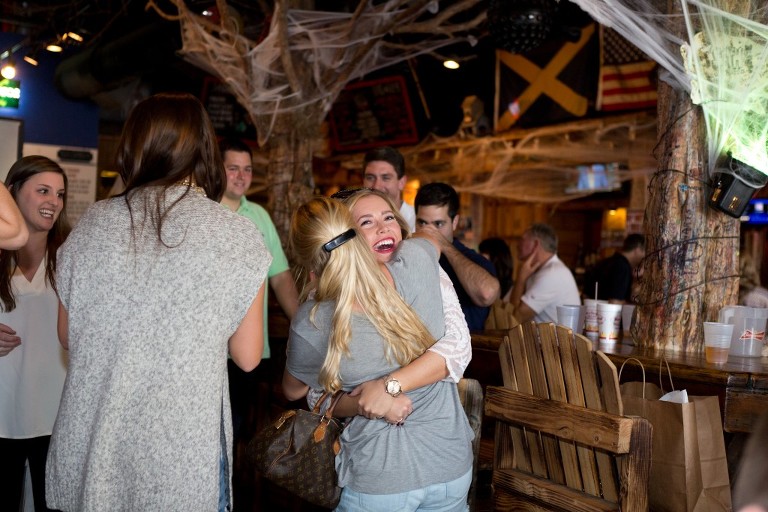 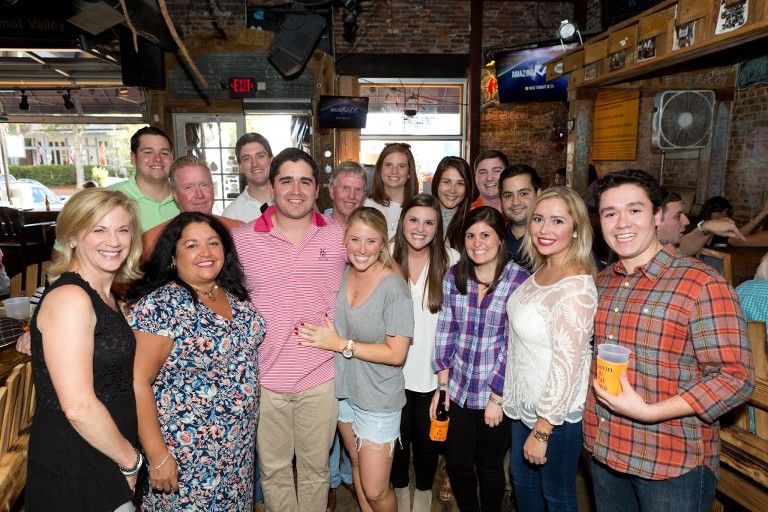 Check out this exciting crew! 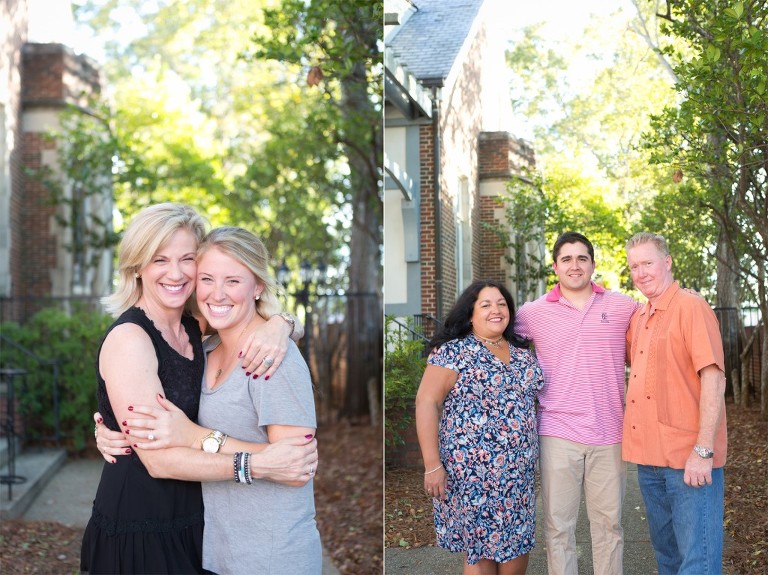 Congratulations, Pat and Austin! In just our few moments together, I can tell you have such a deep, genuine love for each other. Thank you for allowing me to capture these special moments for you down here on the plains. Happy wedding planning!

To learn more or to book your proposal photographer, call 256.497.6578 or email me at paula@pauladavisweddingphotography.com