If you’ve seen much of my work, you know proposals are one of my favorite things to photograph! I was so excited when Jon called to ask me about photographing his proposal to his college sweetheart, Sandy. They both lived in other parts of the state, so this was going to be an exciting one to photograph. They met about 25 years ago in the Auburn University art building, Biggin Hall. Using a website he created (he’s a web developer), he told her where to meet him and when earlier in the day. 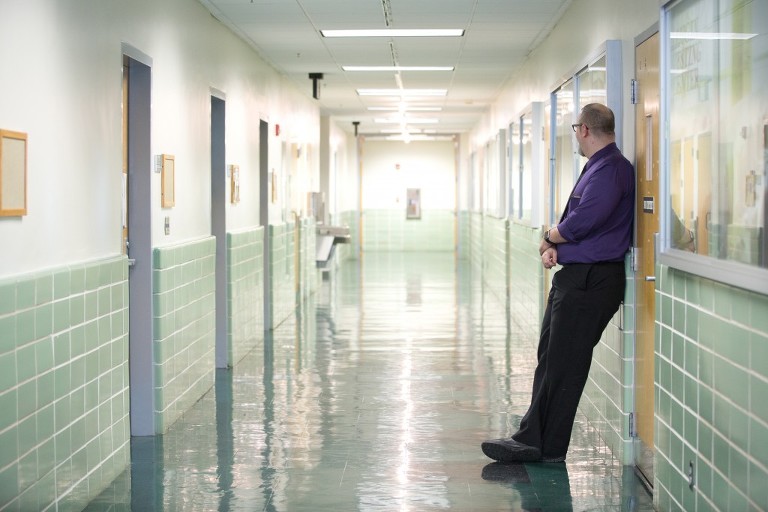 We called this a “fluid” situation..for starters, we had no idea which entrance to the hallway she would take! It was fun listening closely to hear any possible footsteps. An unsuspecting college student stumbled upon us at one point! Bless him. 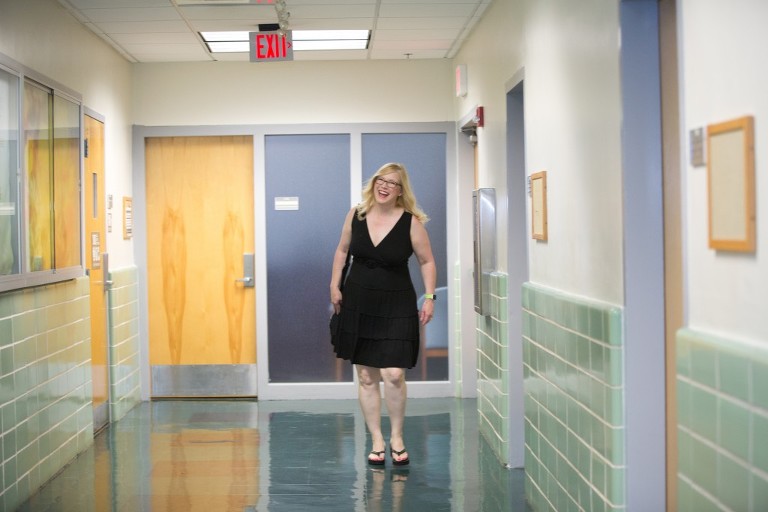 This was me rapidly moving backwards when she came in behind us! Her reaction was perfect! 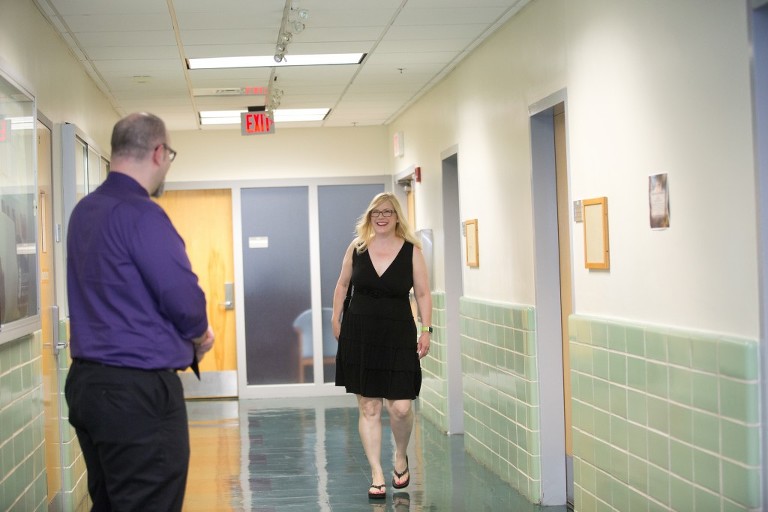 That smile barely left her face the whole time I was with them. 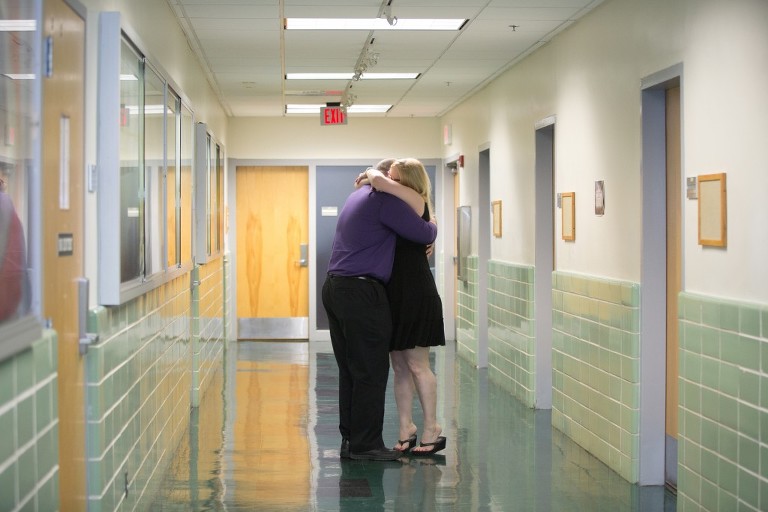 They hadn’t seen each other in over a month! 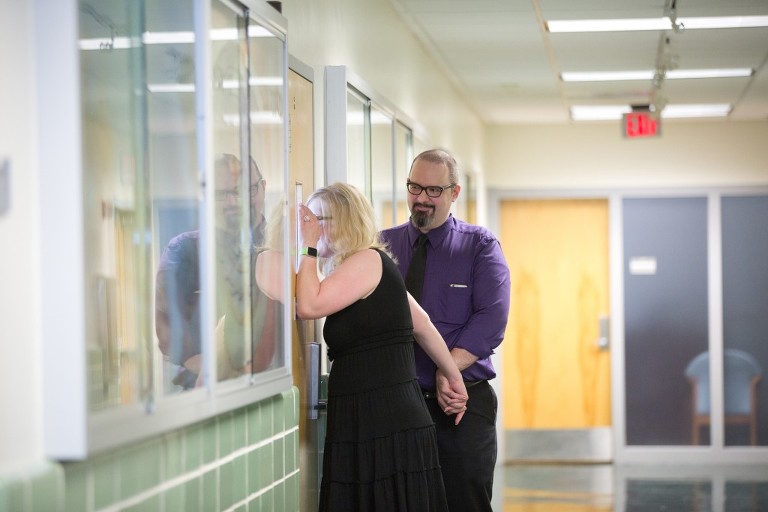 Unfortunately, the classroom they met in has been converted to a computer lab, so they could only peek inside. However, I thought the hallway was still the perfect spot! 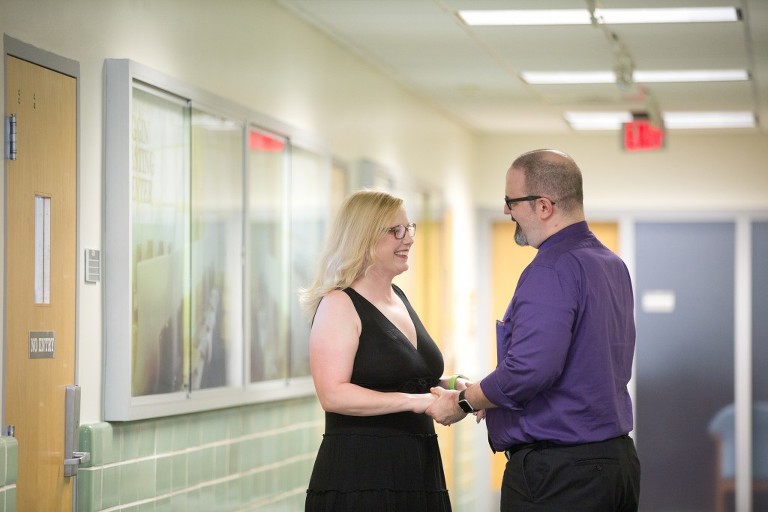 His memory of that first day they met was quite impressive! He had many sweet things to say to Sandy. 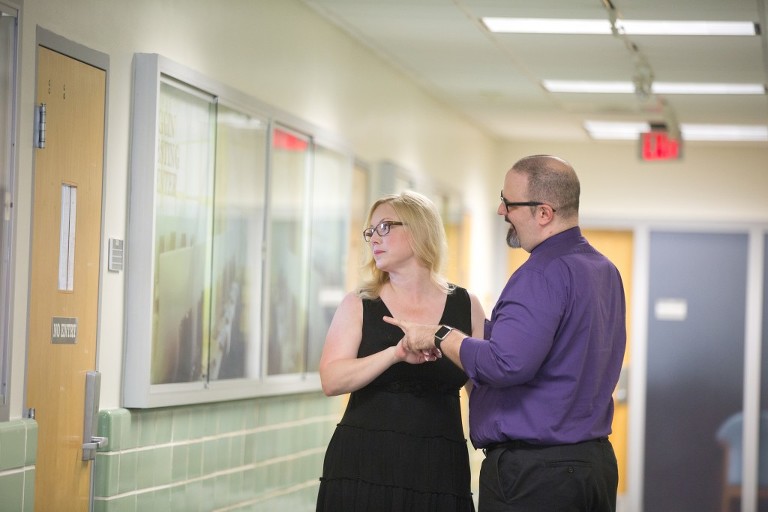 He remembered exactly where they were when he first saw her! Precious. 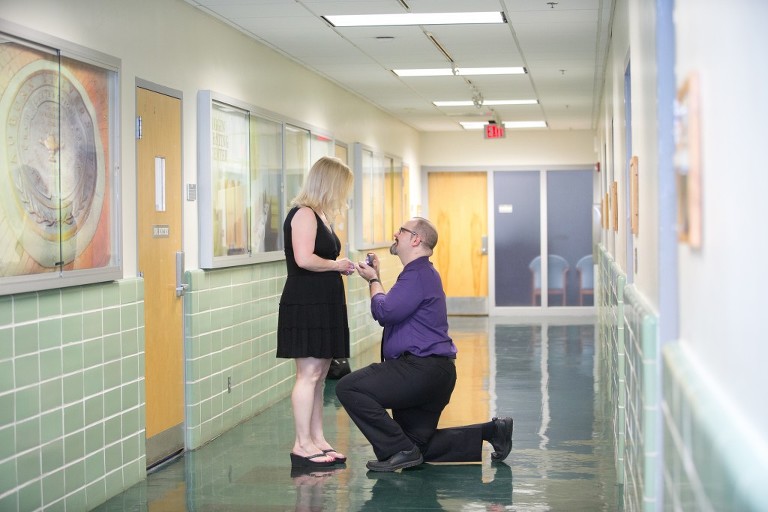 And then he popped the question with a GORGEOUS ring (it’s coming!) 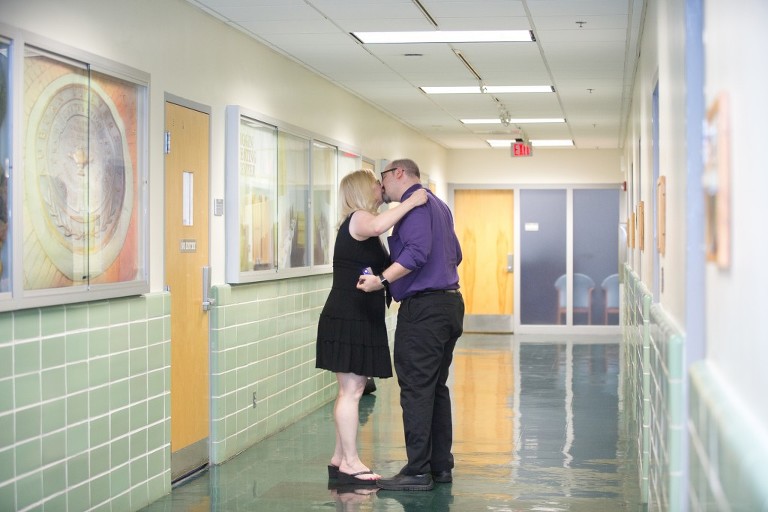 And she said yes! 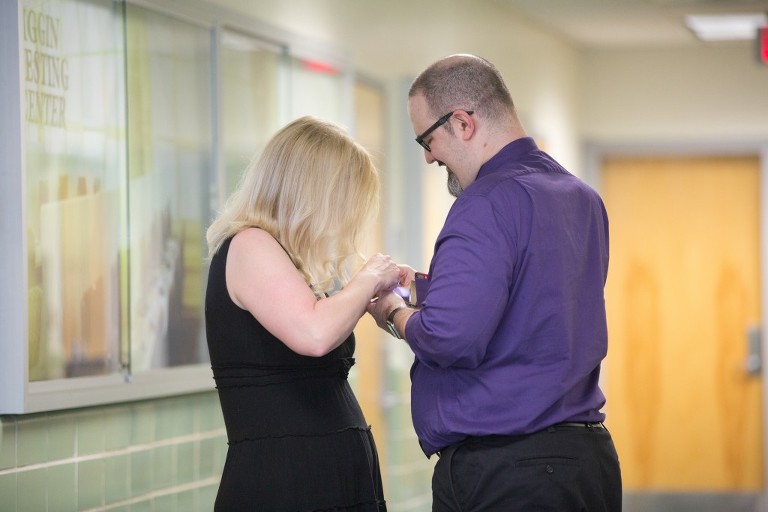 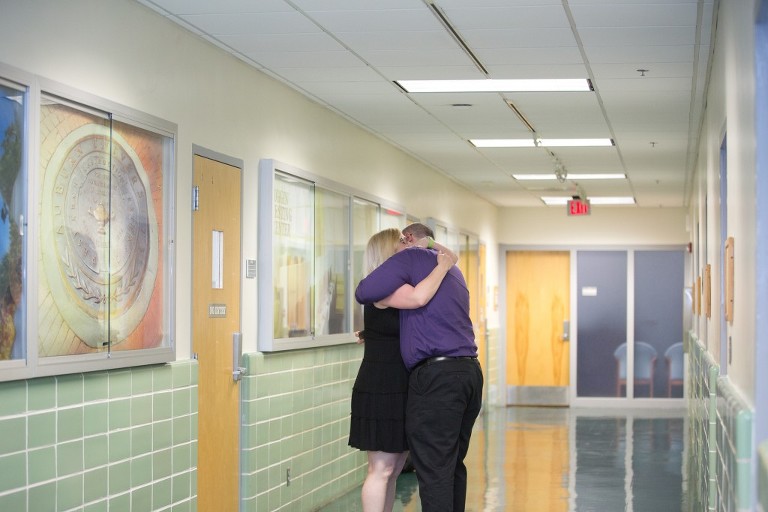 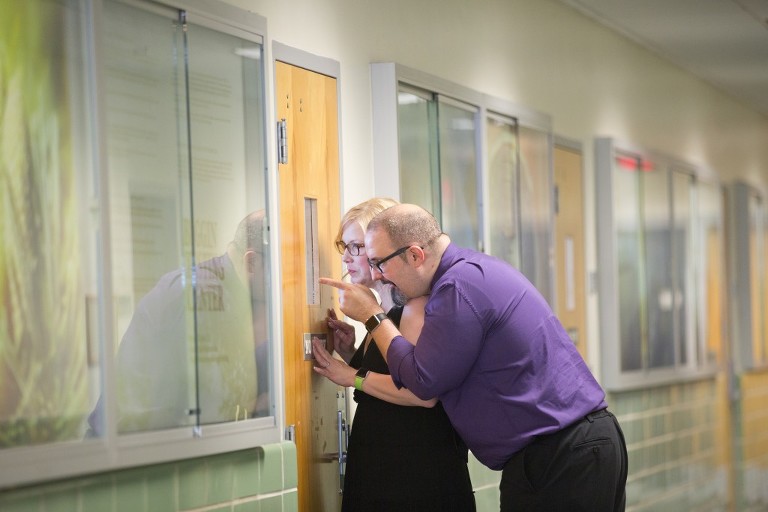 One last peek inside… 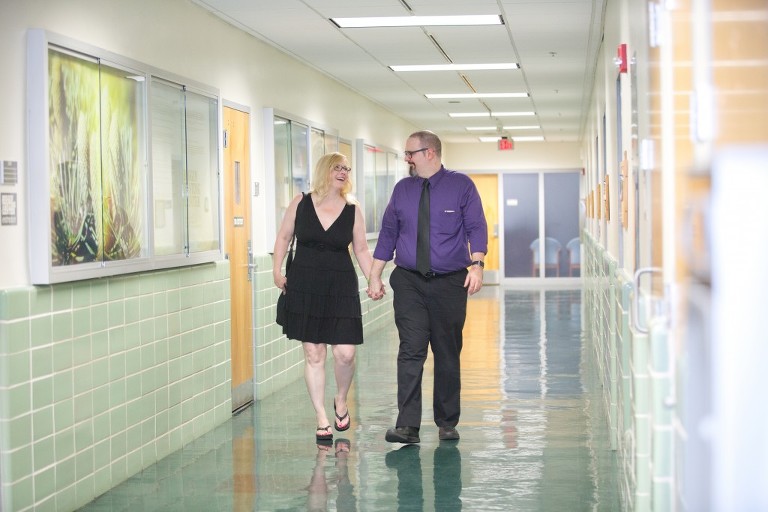 Before one more walk down the hall together. 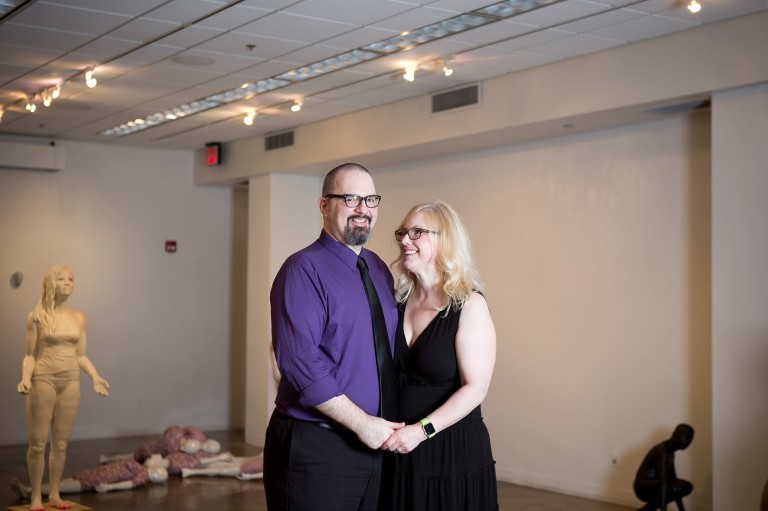 We took a few images in the art gallery together.. there were certainly some interesting pieces in there, but Jon & Sandy were only concerned with each other :) 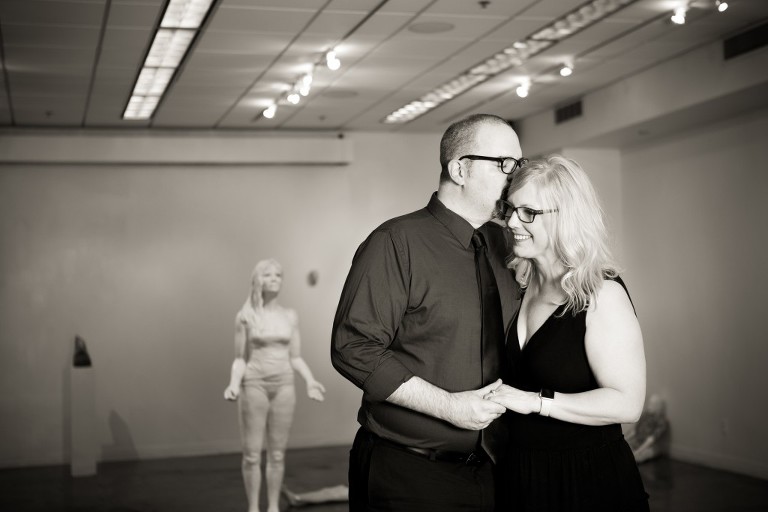 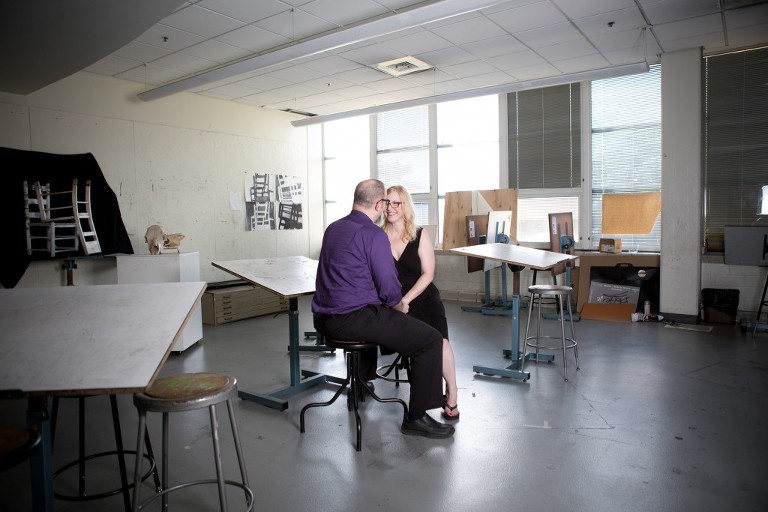 Of course we visited a classroom and captured some images that were reminiscent of their days in art classes together. 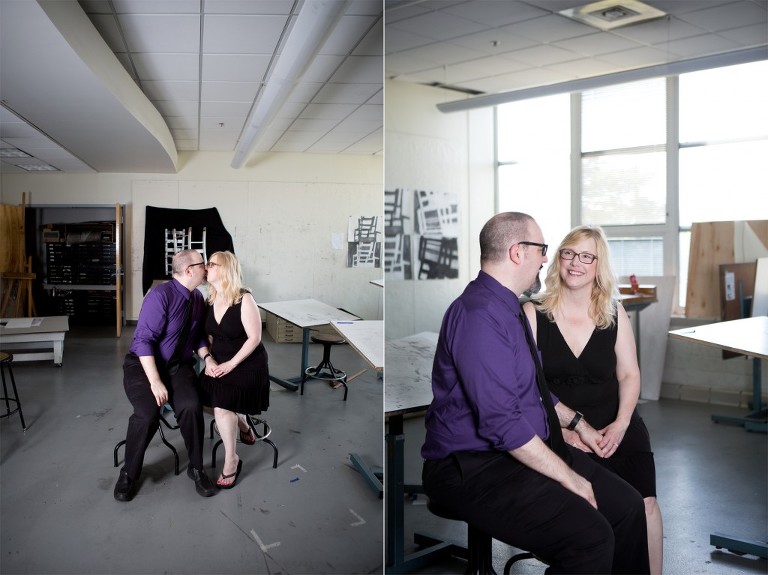 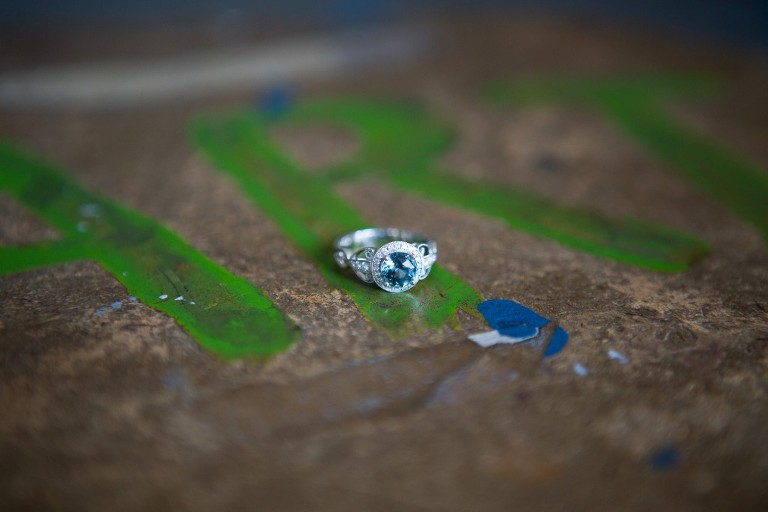 And this stool made the perfect spot for a ring shot. He chose the ring because it “matched Sandy’s eyes”! 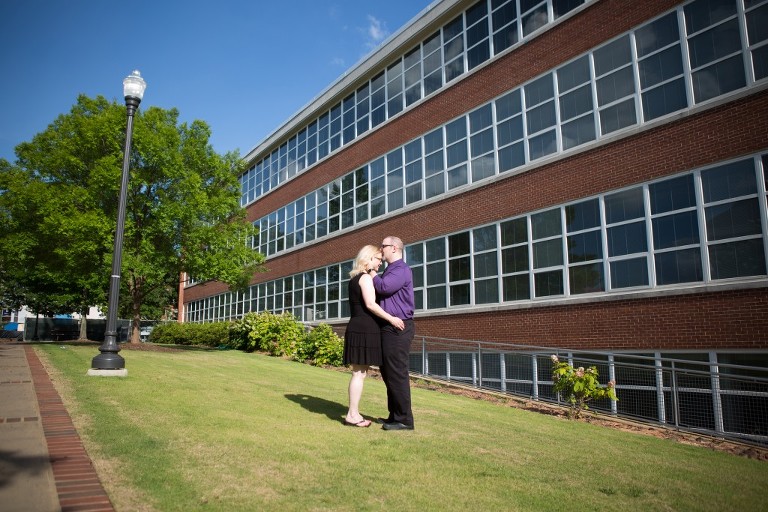 The front of Biggin is under construction, so we took a few photos on the side! 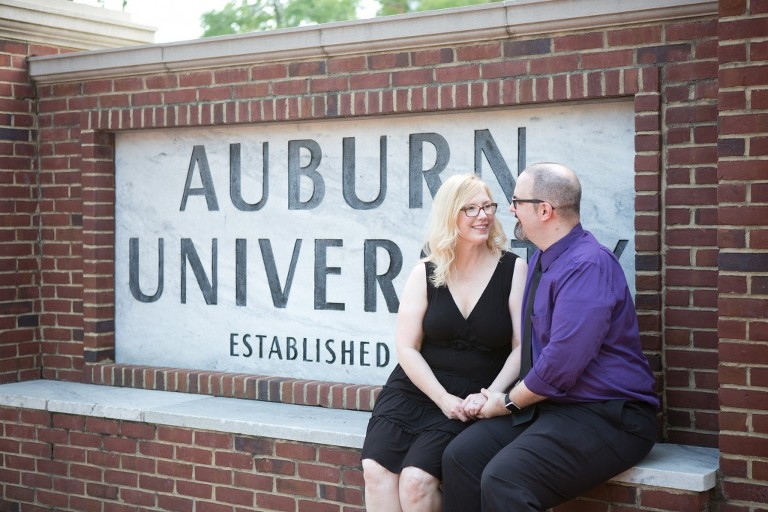 And of course the classic Auburn University sign near Samford Hall before these two went off to enjoy a celebratory dinner together!

It was such a joy to meet Sandy and Jon and be a part of this special moment for them. Proposals are one of the most exciting days of your life! What better way to remember it than through photography? Call 256.497.6578 or email paula@pauladavisweddingphotography.com to book your proposal session!